The Metaphor Maker (set in 1968).  Madeline Prescott, grieved by the loss of her brother in Vietnam, embarks on a quest for “a metaphor to live by.”  Under the wing of Eve van Gelder, proprietor of Van Gelder’s Tea and Books, she finds herself in a world of tea-drinking thinkers, poets, and quirky counter-cultural

characters.  Unnerved by the possibility that her brother’s death was not as it was officially recorded, she faces a stone wall of silence that mirrors her writing block as a poet.  Just as she begins to discover metaphors of healing, she is hit by another shocking loss, one which threatens all hope in the world.  Against the backdrop of the cultural upheavals of 1968, Madeline falls in love, not only with her future husband, but also with a radically fresh way of re-imagining God in a world of war and suffering.

The Metaphor Maker is available in Paperback and Kindle

Fat Soul Fridays (set in 2010) is the sequel to The Metaphor Maker.  Madeline Prescott returns as a newly retired philosophy professor, adrift with an uncharted future.  In an impetuous move, she and her British-American husband, Alex Moore, venture

back to the place where they first met to re-open Van Gelder’s Tea and Books with hopes of recapturing something of their youth.  But instead, they find themselves embroiled in the crises of their youthful group of friends that meets for tea on Friday afternoons to discuss “things that matter.”  But all is not tea chat.  Humor and poignancy intertwine as the tea shop’s high-strung shop manager, George Saunders, becomes the catalyst for the group’s “happiness experiment,” an adventure which transforms the life of every member of the little group that meets on Fat Soul Fridays.

Click here to read more about the concept of FAT SOUL 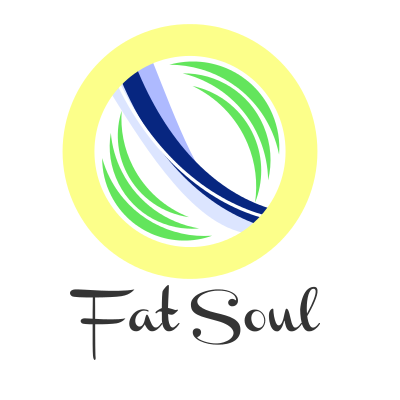 Art work by Matthew McDaniel. This icon is property of Jesus, Jazz, and Buddhism: Process Thinking for a More Hospitable World (www.jesusjazzbuddhism.org)

Fat Soul: A Philosophy of S-I-Z-E

“Fat Soul holds out the possibility of a life lived whole, lived large, lived with love and generosity. This is a book I will read again and again, and you should too!”” –Rabbi Bradley Shavit Artson, Author of GOD OF BECOMING AND RELATIONSHIP
“This text should be read slowly as you would savor a Godiva chocolate, so that it might flavor your spirit and invite you to taste and see the beauty of life. As you read this text, prepare to be transformed. ”
–Bruce G. Epperly, author PROCESS THEOLOGY

“Patricia Farmer offers us her luminescent meditations like a beautiful string of pearls. When we’ve absorbed them, we see the world differently.”

Replanting Ourselves in Beauty

“This is a book bathed in beauty and compassion; a book spanning continents and cultures, a book combining deepest intellectual rigor with passionate care for the Earth: a book whose ardent plea is to save the planet.” ~Marjorie Hewitt Suchocki

"An Intriguing Adventure of the Spirit . . ," -- The Rev. Dr. Bruce Epperly, author of PROCESS THEOLOGY: A GUIDE FOR THE PERPLEXED 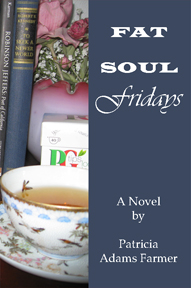 --Bruce Epperly, author of LETTERS TO MY GRANDSON